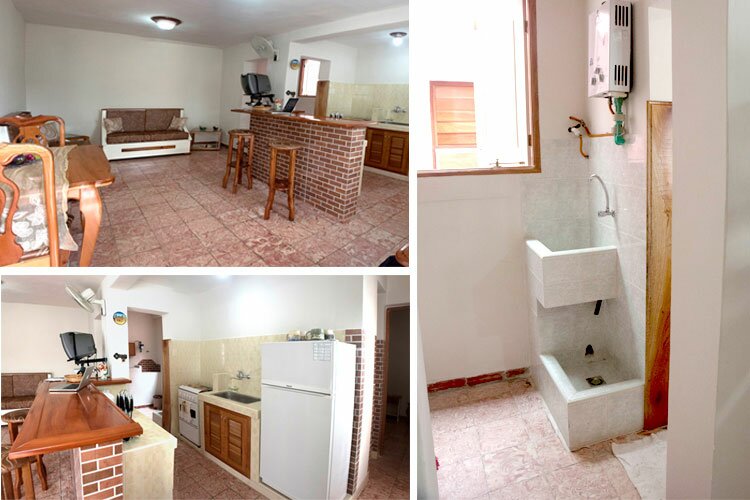 In the old town, the splendid apartment “Casa Dani-Made” languishes in Mercaderes Street (also known as the “Golden Kilometre” because of its history as a rich street of merchants). The owner designed the rooms and the furniture himself to give the apartment a warm and welcoming atmosphere. It comprises an open plan living room and kitchen with a television and gas cooker, a double bedroom, a bathroom and a useful relaxing patio. Hot and cold water is available and air conditioning is fitted in all the rooms. The apartment is conveniently situated just one block away from the Plaza de los Mercaderes and the Plaza de San Francisca de Asis and only two blocks from the beginning of the Malecón Walk. You will be able to easily stroll right into the heart of Old Havana. Nearby you will also find the Camera Obscura, giving you the opportunity to gaze over the rooftops of the city. The famous Café Escorial is just a block away. They process their own beans in their roastery and it is the best place to enjoy a delicious Cuban coffee.