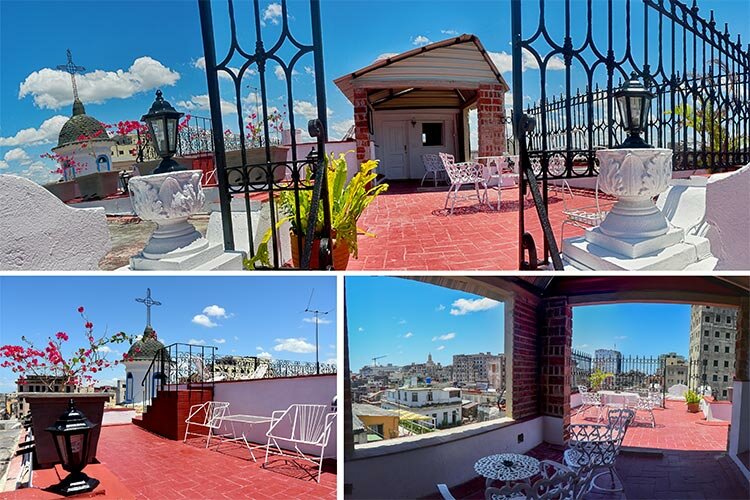 It’s not very often that you are given the opportunity to holiday in a house that combines so much history, art and culture all under one roof. Casa “Vista Habana” is the only apartment above the Oratorio San Felipe Neri Concert Hall in Old Havana. Built in 1693, the building was originally a small church and was acquired by a bank two centuries later. It was finally given back to the city as a concert hall during the last century. The luxurious apartment offers two rooms, one of which is on the upper terrace where you can relax in the wonderfully intoxicating evening atmosphere. It is also the perfect place to enjoy your breakfast as you sit and gaze over the most charming views across the rooftops of the old town in the shade of the only bronze-clad wooden dome in the entire capital. Later in the day you can immerse yourself into a hushed soundtrack – the gentle melodies of a piano, cello or violin during music rehearsals – because Oratiorio San Felipe Neri is one of the most prestigious venues for classical music in Havana. Extras that are also on offer include breakfast, a laundry service, a mini-bar in both rooms and taxi services and guided tours in French and English. Casa “Vista Habana” is conveniently located near to banks and, being in the centre of the old town, gives you the privilege of reaching all the sights of the historic Havana within a 15-minute stroll.