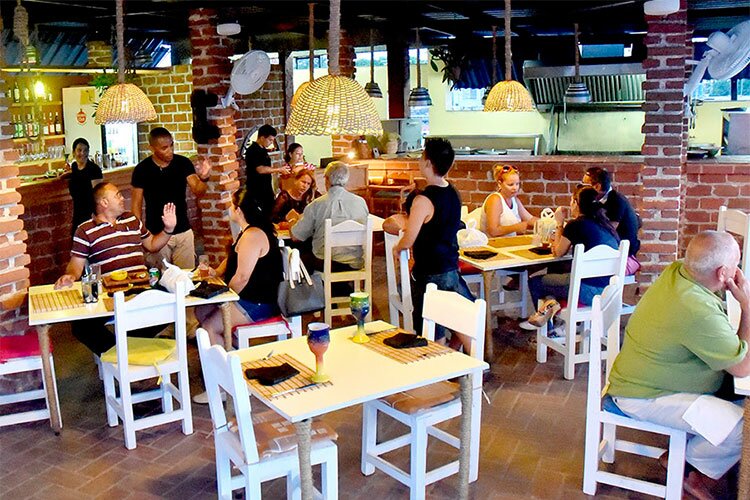 By the sea and always with a fresh breeze! In Cojimar, once one of Ernest Hemingway’s favourite places, you will be welcomed by Jorge Falcon, Havana’s youngest chef of 2011, to the restaurant “Casa Grande”. The magazine Cigar Aficionado awarded his creation, “Pork Ribs Casagrande”, the city’s best dish in 2015. Here, you are invited to enjoy the finest Cuban and international dishes over the embers of a charcoal grill.

Cojimar is a small fishing village east of Havana, forming a ward (consejo popular) part of the Habana del Este municipality. It was an inspiration for Ernest Hemingway’s The Old Man and the Sea. It was also the location where during the 1940s an enormous Great white shark was caught, which is one of the contenders for the largest specimen of all time.‪ However, there is considerable controversy about the accuracy of Great white shark measurements taken before modern times.
(Source: Wikipedia)